This tweet had me on the floor when I saw it. But it sparked a very interesting debate in the world of Twitter and with many men and women butting heads over the topic, I thought let me also add me also add my two pence.

What is a ”Situationship”

Well according to our good friends over at urbandictionary

Me: Me and this guy have been talking for six months now.
Friend: Are you guys together?
Me: Its like were together but were not.. its more of a situationship that’s happening.”

”lets just go with the flow babes” ”why put labels on it it makes everything so complicated”. If you are nodding your head aggressively right now then keep reading because i have just the tips to help (please do not come and fight me if this does not work for you).

And do not compromise (unless you are prepared to deal with the results from compromising) i think this the most important element when it comes to talking to someone new because I think it leaves less room for you to end up in a very murky and unclear situation.

For example : If you are looking for a relationship make that clear that although you are going through the ”talking” stage now your end goal of this is a relationship. This right here is crucial because it lets the person know you are not dating for entertainment you are dating with an end goal in mind. If the person then decides to back out then accept that as perhaps you both are not on the same page. Which is ok.
Also understanding whether you are dating exclusively or dating other people because this often where people mess up and before you know it you are a girlfriend to a single man.

2. Let actions do the talking – Not everyday Words of Affirmation.

Most people will weaponize words of affirmation. For those whose love language are words of affirmation, you can easily lead you self down a very slippery slope. They will tell you all these sweet nothing, you will start planning your future with them ignoring the fact that they haven’t called you in a few days, but because they have come back telling you how you are the sugar to their tea, the plantain to their jollof you are now back selling yourself dreams and after all they did say they didn’t want to rush things and wanted to take things slow. You are now sending a message to The Receipts Podcast asking if you should leave or not. Please.

If someone is interested in you their actions will reflect this, if they are busy they will let you know, if they want to see you they will let you know etc… If their words of a promising future do not align with the actions you expect to see then my friend I think it is time for you to start sourcing elsewhere.

It is easy for you to get trapped in this cycle. He says he wants to go with the flow, you want to prove to him you are in this for the long haul. So you cut off all your options. Unless he has said that you are exclusively dating. DO. NOT. I REPEAT. DO. NOT. CUT. OFF. YOUR. OPTIONS.

Certain men will use this as tool to ensure they still have the luxury of having you all to themselves, while they are also sampling the rest of the buffet, and you know what? You won’t/can’t say very much to him because face it, you aren’t his girlfriend and you aren’t exclusive (which leads me back to step one. Establish your role)
If he has an issue with you dating people however sees nothing wrong with him doing the same thing, then sister like Aunty Viola Davis says;

What are some of your tips for navigating the murky world of Situationships – Let me know below!

He doesn’t post you on social media – What does it mean?

“My Partner Doesn’t Want Me Wearing Certain Items of Clothing”

Are you an Insurance Plan?

Your Partner Wants A Hall Pass? Should You Do It?

What do you think? Cancel reply

A lifestyle blogger based in the East Midlands, UK. I like what I like and dislike what I dislike (you will be sure to hear about both). I like to give my opinions on life, relationships and the occasional makeup tips. If you like it feel free to subscribe to my newsletter.

Did women say they were angry 🥲 #UKmenCH
15 seconds ago
@tigers_empire Because honestly americans are doing too much rn
2 mins ago
CLOSE. THE. BORDERS. #UKmenCH 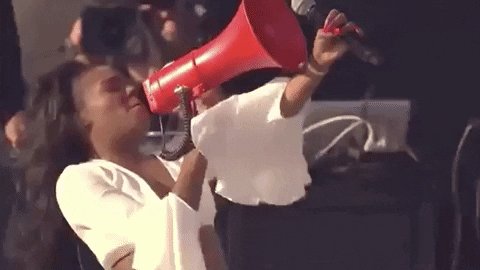 5 mins ago
This is the key question here twitter.com/nessadeex/stat…
13 mins ago